Perfection is Our Passion! 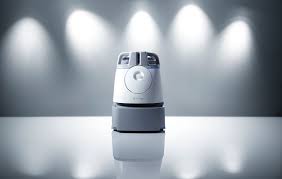 I often make the joke when I see a Roomba vacuum, that I need a shot gun to shoot it (admittedly, I barely know how to use a gun). Although, I was making a joke, I have often considered these vacuums as the enemy to our industry, as it’s an inevitable reality that eventually robots will take over our industry, or, at least, a significant portion of it.  Either we, as janitorial owners, stay ahead of the technology, and we adopt it, or we quickly get eaten up by the companies who do.

This early fear (perhaps a good fear) that I have had of robotics replacing our industry, has motivated me to stay on the forefront of the technology coming out. Doing so led me to stumble upon a robotic vacuum named Whiz. Whiz is an autonomous commercial vacuum sweeper, made by Softbank Robotics, that uses Artificial Intelligence for a high-quality vacuum.

Whiz, the autonomous vacuum sweeper made by Softbank Robotics

I managed to build a great relationship with one of their executives, Rick, and as soon as they were released to Canada, he let me know. Although, they only have demo’s available at this very moment (September 2020), it sounds like they will be available in select cities (my city, Calgary, being one) by October or so.

I got a chance to test one of the demo vacuums available, and absolutely loved it. It is everything I expected it to be and is truly an industry game changer. They are offering them as a lease program, and it is not cheap, however, if the building(s) you clean are big enough to justify the cost, it can save a significant amount of money, and allow your custodians to redirect their attention to other cleaning tasks, such as touch point disinfecting.

We are bringing the Commercial Vacuum Robot, Whiz, to the Calgary Market

Although, there was a time that I was in fear of robots taking over our industry, I’m now realizing it will only enhance and strengthen the commercial cleaning industry, and motivate us to provide an even greater, “wow” customer experience.

Picture Perfect Cleaning is Calgary’s number one janitorial services company in Calgary, and we will always focus on what’s best for the customer. We are incredibly excited to bring these to the Calgary market!

We'll Come To You!